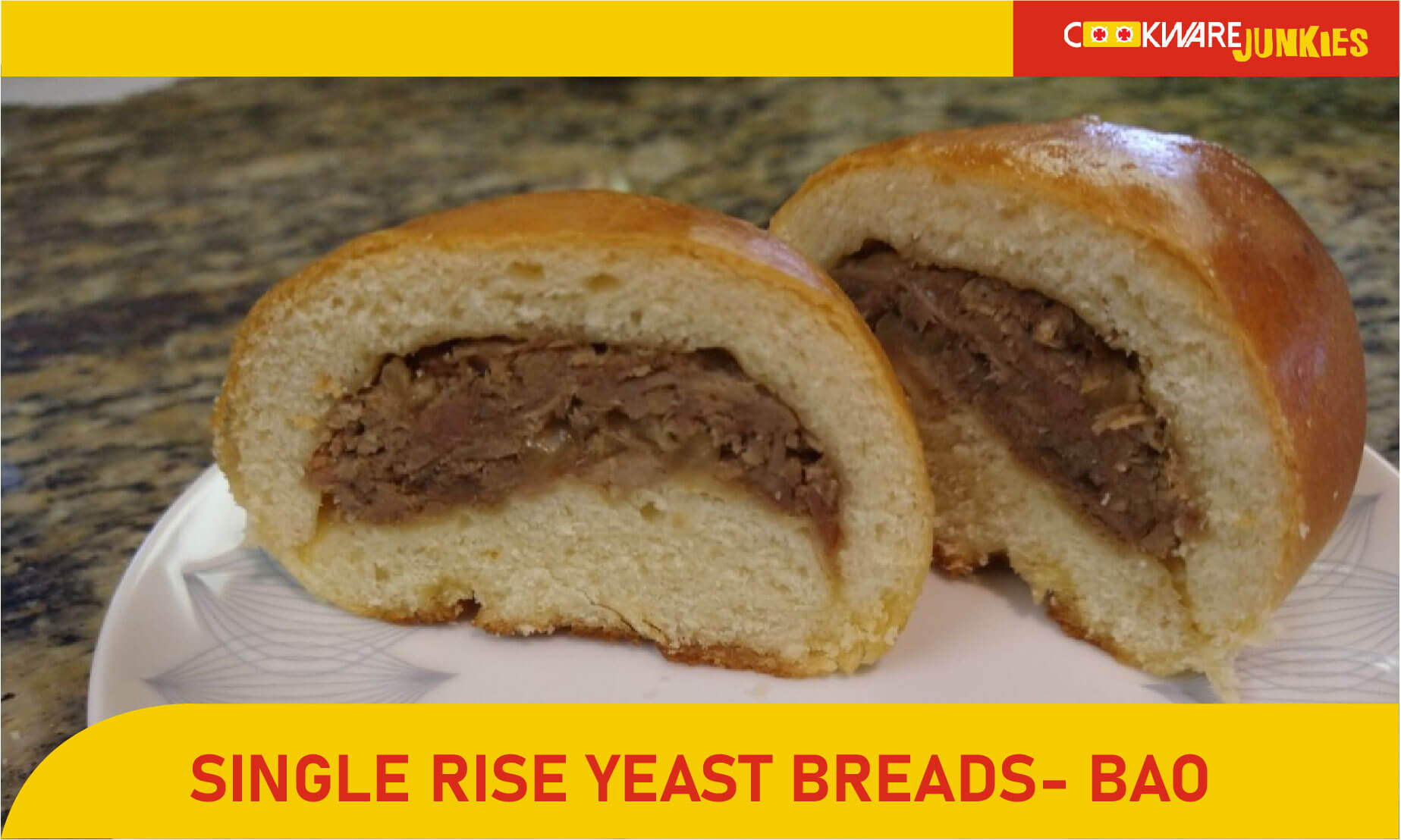 Chinese bao are a staple, and fun, dish at most dim sum meals. Ranging between steamed or baked, and from sweet plum filling to savory spicy pork, and everything in between, they’re a very versatile dish. We slap anything between two slices of bread, and almost all European countries have a meat filled dough dish of some kind, and that doesn’t even begin to bring in pastries. Many might argue that Italy is king here, between stromboli’s, calzones, and of course pizza.

This is the Asian, predominantly Chinese, variation on that idea.  The meat in this recipe is ideally a mildly seasoned pulled or shredded pork, although shredded chicken will work great and might be easier for some people to make in the correct batch size.

Soften the yeast in a bowl for 10 minutes;

Add and stir until you have a shaggy dough;

You can use a stand mixture for your kneading process. This batch size is a bit small for some of the machines to get an effective knead cycle. Since it is a small-ish batch you can easily turn on to a well-floured board and knead until smooth. Lightly oil your bowl, put in the dough, and then flip it over so that the top surface has a sheer coating of oil. Let rise in a warm spot for over an hour or until doubled in size.

While it rises build your bao filling. It will benefit from a rest time for the flavors to meld, but if your kitchen is warm put it in the refrigerator after mixing to be safe.

In a bowl stir together;

Pre-heat your oven to 350 degrees. On a lightly floured board or counter, cut the dough into 12 equally sized pieces and roll to a ball shape. Use a rolling pin or your hand to flatten the balls into small circles. Place a spoonful of the filling on each one and bring the edges together, pinching them to form a seal. Place the sealed side down on a parchment lined baking sheet.

Whisk together in a small bowl;

Immediately before putting the oven, brush the top of each sphere with the egg wash. Bake at 350 degrees for about 25 minutes until the bao are well browned. Enjoy! 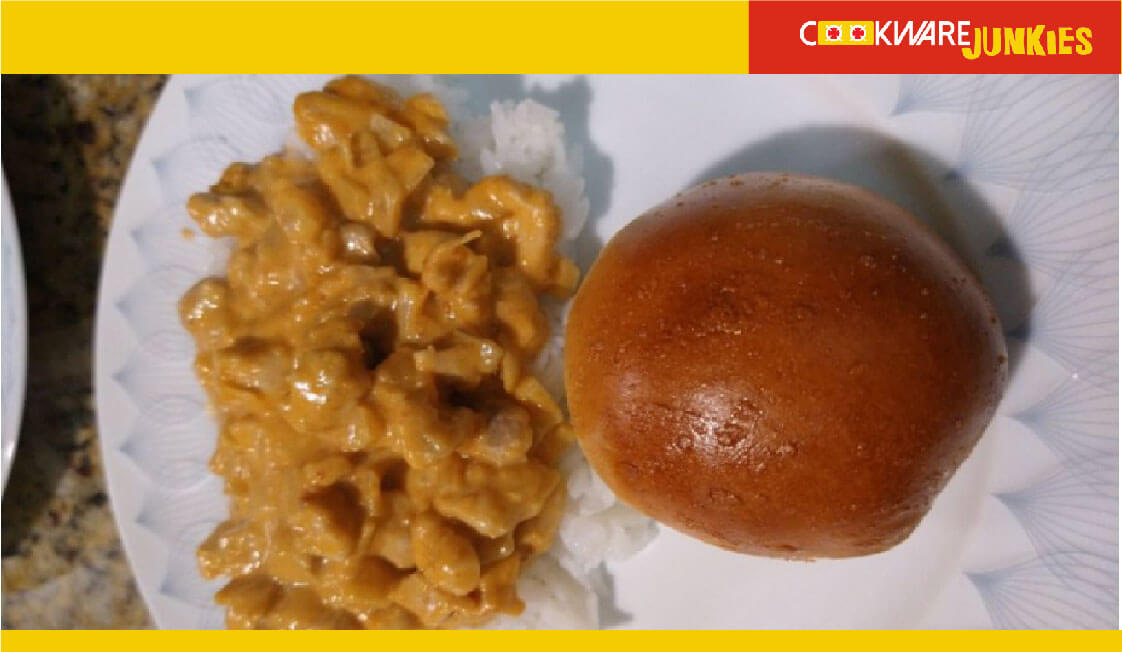 As meat prices continue to rise, it is valuable to know how to use what in the past were called … END_OF_DOCUMENT_TOKEN_TO_BE_REPLACED

Depending on your generation, electric skillets may have played differing roles in the cooking you … END_OF_DOCUMENT_TOKEN_TO_BE_REPLACED

Most technologies start out getting pooh-poohed by people in the field. There’s usually a good … END_OF_DOCUMENT_TOKEN_TO_BE_REPLACED

Pullman pans are just fun to use, and they make for a pretty impressive loaf when you bring one to … END_OF_DOCUMENT_TOKEN_TO_BE_REPLACED

Bread loaf pans. Not exactly a thrilling topic — until you slice off that fresh bread with its … END_OF_DOCUMENT_TOKEN_TO_BE_REPLACED

A sourdough starter is not required for this bread. If you do not have one, just double the amount … END_OF_DOCUMENT_TOKEN_TO_BE_REPLACED