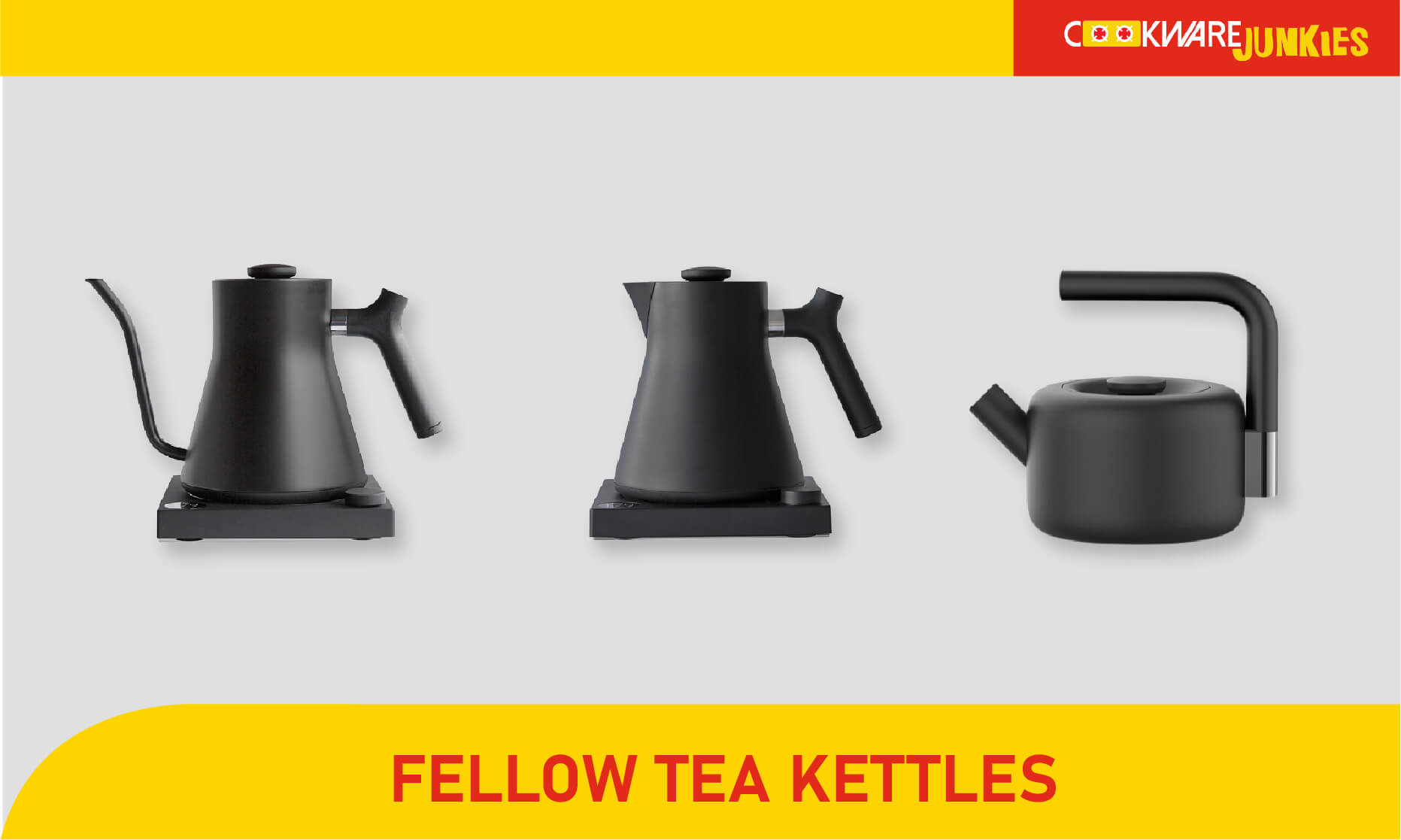 Tea kettles are pretty hot on the market these days with a younger face added to this growing trend to home brewing with coffee and tea. This article will introduce you to how you can make tea with the newest kid of the block- Fellow Tea Kettles. 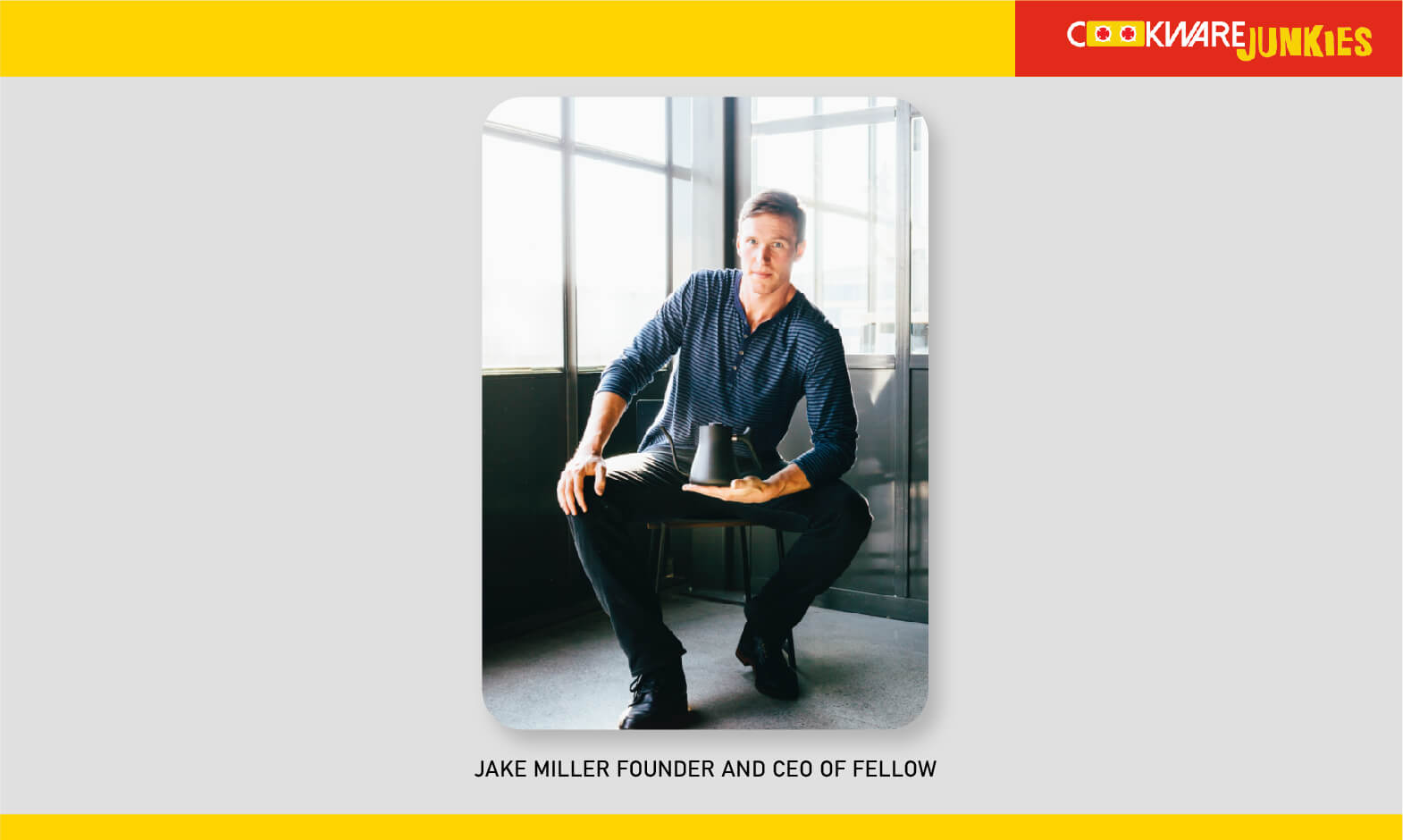 For those of you who don’t know, Fellow was founded by Jake Miller as a result of a Kickstarter campaign in 2013. Their first innovation was developing the Stagg Pour-over Kettle which premiered publically in 2016 at the Design Debut show. Since then, they’ve been moving forward introducing new kettles that all have applications meant for pour-over and tea brewing methods.

Their kettle designs come in two variations that are perfectly suited for being warmed on their ergonomic heating pad or on a standard stovetop. The designs are created by a crack team of prototype engineers from San Francisco. The kettles are then manufactured in China and shipped back to the US to be sold through various outlets. Keep in mind they focus on making hot water kettles, which is what customers are looking for when it comes to quality.

Are Fellow Kettles Any Good? 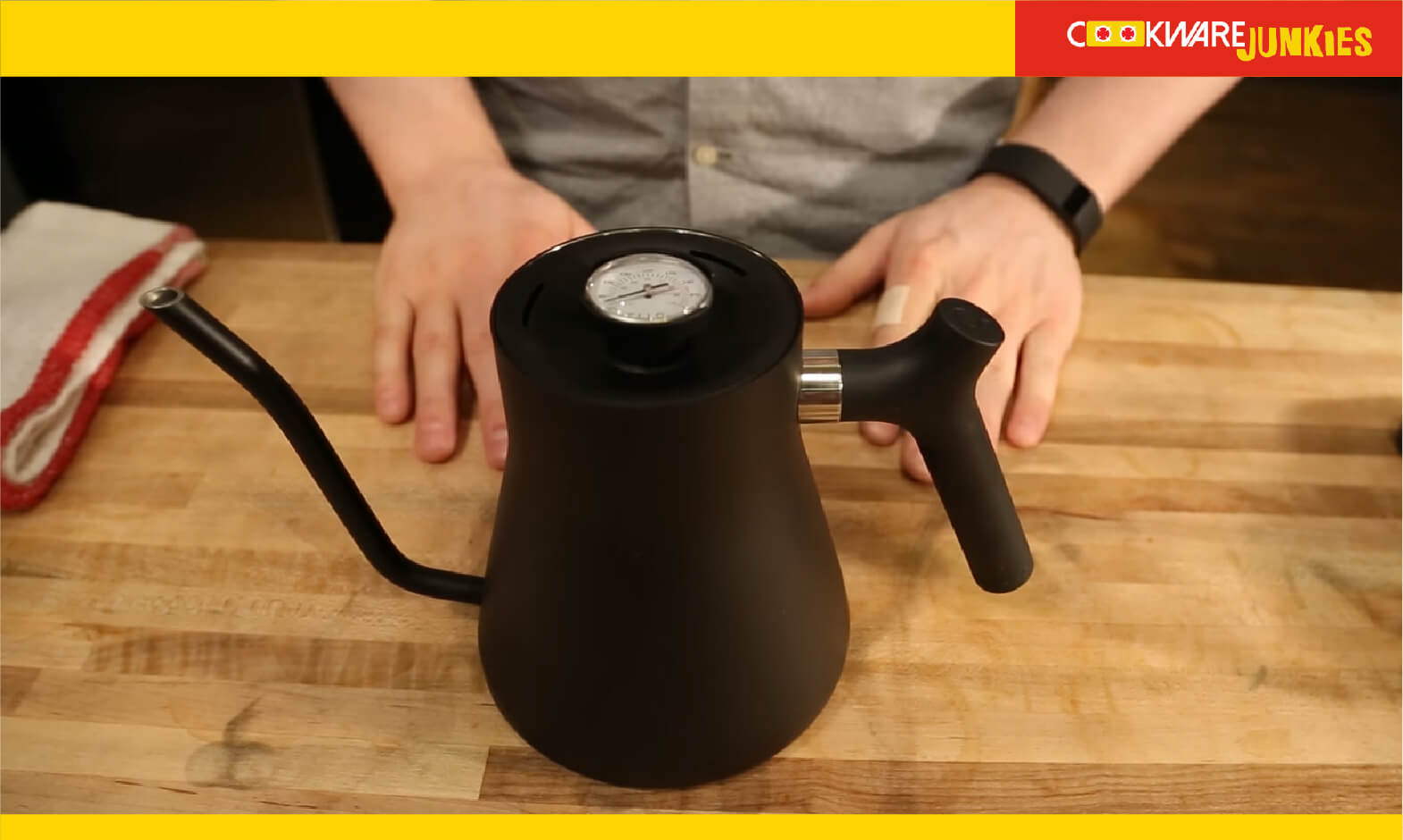 Fellow kettles rank surprisingly well according to Amazon customer reviews and also from testing review channels on Youtube. Their construction and design are pretty impressive and have built-in features that make brewing tea or warming water for tea more convenient than many other kettle brands. Among the two features that pop up time and time again are the counterweighted handle and the thermometer.

Specifically the Stagg, Corvo, and Raven all have ergonomic handles that help counterweigh the carafe while you pour the water. These handles are typically black but also come in Walnut. They even have replacement handles if your handle breaks for any reason. The only downside is that you still need to use an extra finger or two on the leading edge of your kettle while you pour. This has often led to getting burned fingers if you aren’t careful.

A great added innovation is a thermometer that fits into the lid of your kettle. This is marked with indicators that tell you the optimal temperature for brewing right away. This thermometer can be removed from the lid for cleaning so you aren’t stuck with a design that’s so clunky. The best part is, you don’t need to concentrate on the temperature since the marked colors tell you everything you need to know when your water is optimal.

How About Making Tea? 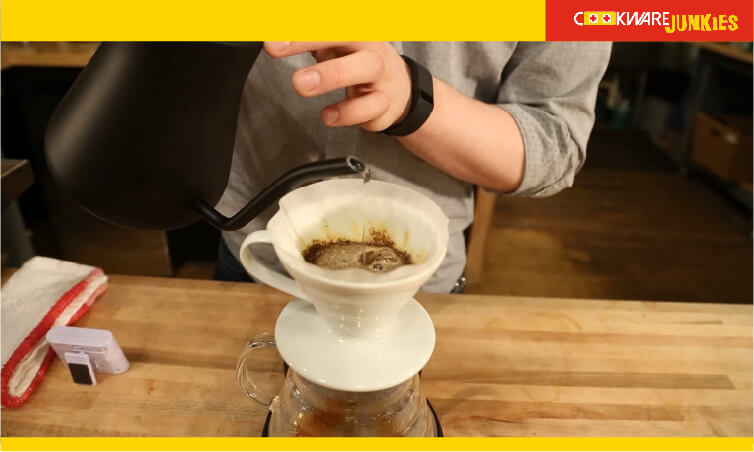 Any of the Fellow kettles will be perfectly suited for making tea unless you want to have a dedicated tea maker. For this job, the Raven model is your best bet since it comes with a handy tea filter that slips right into the carafe. If you purchase the Duo coffee steeper, they also sell a separate tea filter which is called a tea seeper. When you purchase the Raven kettle, this comes as a standard accessory so you can brew tea or coffee at any time.

The nice part about the tea filter in this model is that it’s made from stainless steel and the holes are actually etched rather than punched. This gives you excellent filtration without having tea leaf particles floating around in your brew. It cannot go into the dishwasher so cleaning in the sink with warm soapy water is all you need.

Since all of Fellow’s kettles are designed to do one simple job, any of their kettle designs are perfect for making tea. All you need is a tea seeper that’s attached to a pour-over tea brewing vessel. They leave the rest up to your imagination for brewing your favorite tea in any case. If you need a traditional kettle, jump over and check out our whistling tea kettle testing. 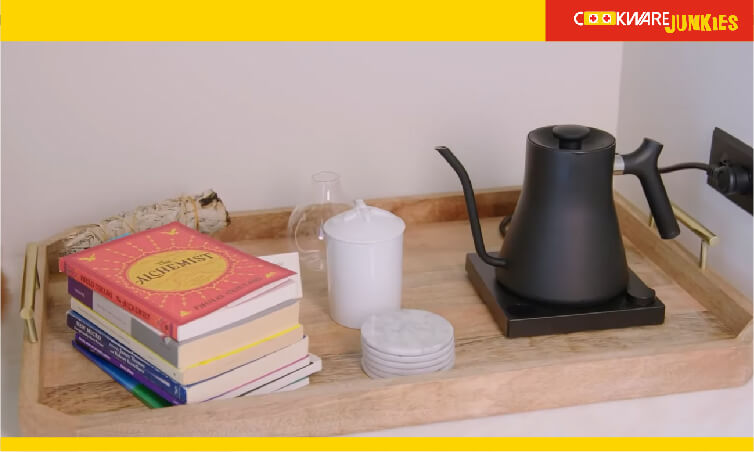 All of the Fellow kettles and accessories come in a fine powder black finish that’s attractive in any kitchen setting. They also have a matt white that’s also nice but it might be problematic if you get any tea or coffee stains on these surfaces. Nonetheless, this matt black finish is pretty chic for anyone’s style. But that’s where the story should end until you take a closer look at the Fellow mission statement.

We find that it’s pretty standard that many products that are made in China can be a hit or miss. Fellow kettles are made well and have great reviews, but they fail in their attempt to be overly POC to a very small but increasingly loud percentage of the tea and coffee population. If you’ve heard the expression Get woke- Go Broke’, it seems Fellow could be in the running for stormy waters. 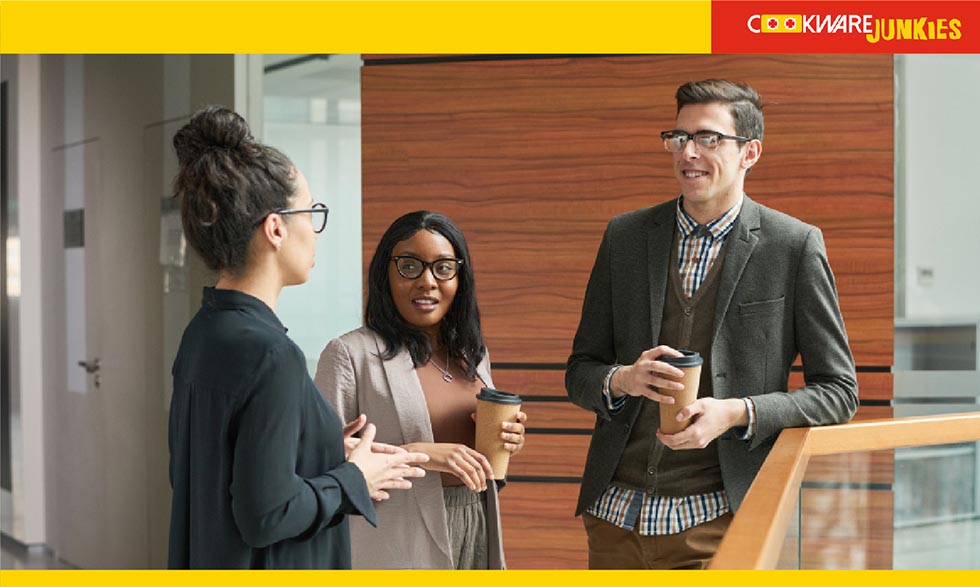 They’ve made recent statements that they’re fighting white supremacy and supporting BIPOC initiatives. Honestly, how much more diverse and inclusive does making tea need to be? Employees of their company now are submitted to anti-bias training, checking privilege and awareness of bias whiteness, in addition to mandatory company-wide training and programs focused on BIPOC issues.

We would like to think that those who love tea and coffee also know a bit of the history behind them. Tea was originally a drink that was first enjoyed in China in the 3rd century. Thanks to Dutch traders in the 1600s, tea was imported into Europe and found its way to England by 1650. As tea was part of a large industry that grew popular in England, they found a practical trade route in India where tea production grew to counter the Chinese monopoly problem.

There’s nothing inherently racist about tea other than the Chinese who had such a stronghold on the tea trade, they raised the prices to profit since they controlled the product. That’s simply strong-arming a supply chain that every exclusive product will enjoy when it’s exclusive. You see this with every new product that hasn’t been copied such as the Impossible Burger and social media hub Twitter.

Both of them are driven on absolute control of their product access despite their policies and practices. Only time will tell how these products finally fizzle out, however, tea and coffee have endured centuries of being enjoyed by anyone who likes these products because of how they taste. We hope that Fellow kettles can weather a similar storm likewise.

Choosing the best set of knives for your kitchen can be a tricky problem. You can save time and money by simply purchasing a premade knife set. The potential downside to this is that … END_OF_DOCUMENT_TOKEN_TO_BE_REPLACED 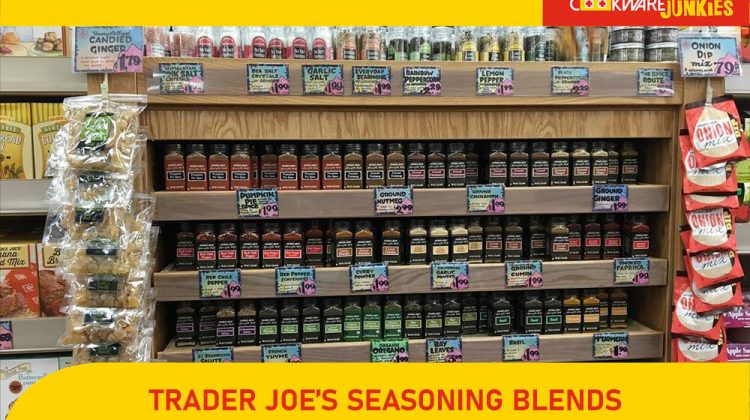 If there is one thing that Trader Joe's is better known for is their eclectic collection of seasonings and spices. Where there is a will, there is a way to season nearly anything bland … END_OF_DOCUMENT_TOKEN_TO_BE_REPLACED 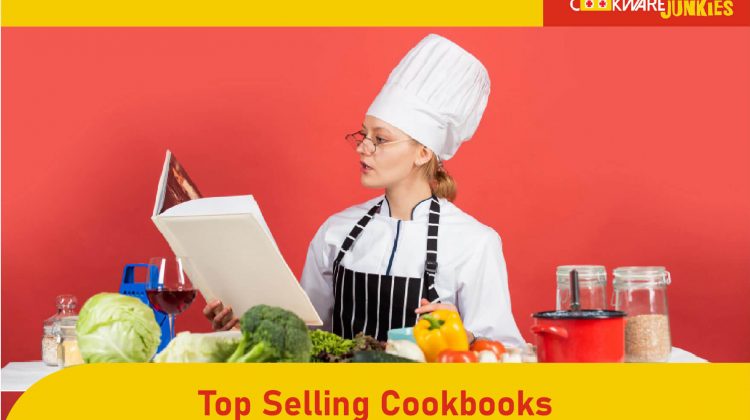 We take an in-depth our favorite top selling cookbooks from around the world. Throughout this page we'll feature cookbooks that we feel deserve a spot in any kitchen. See which books … END_OF_DOCUMENT_TOKEN_TO_BE_REPLACED

TEST KITCHEN - Over 100 Cups and Spoons Tested - Here's the Results. Setting out to find the best measuring spoons and measuring cups wasn't an easy task. It was the battle of … END_OF_DOCUMENT_TOKEN_TO_BE_REPLACED 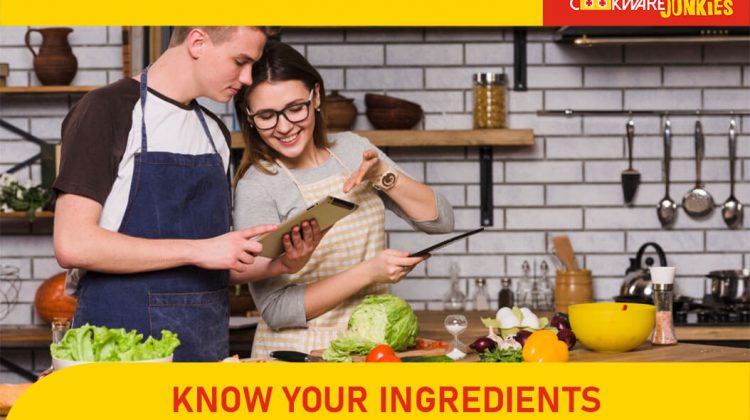 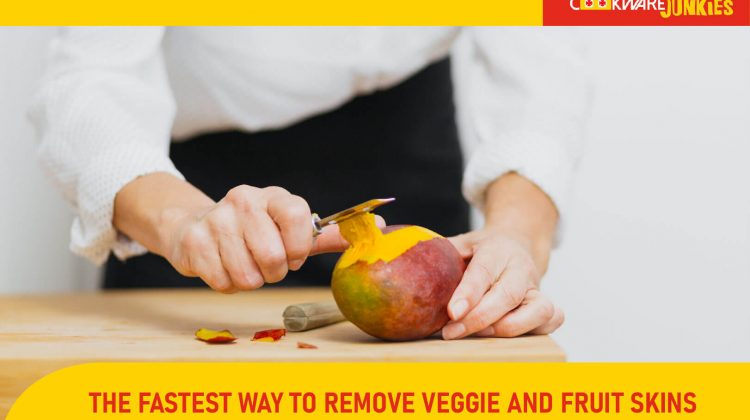