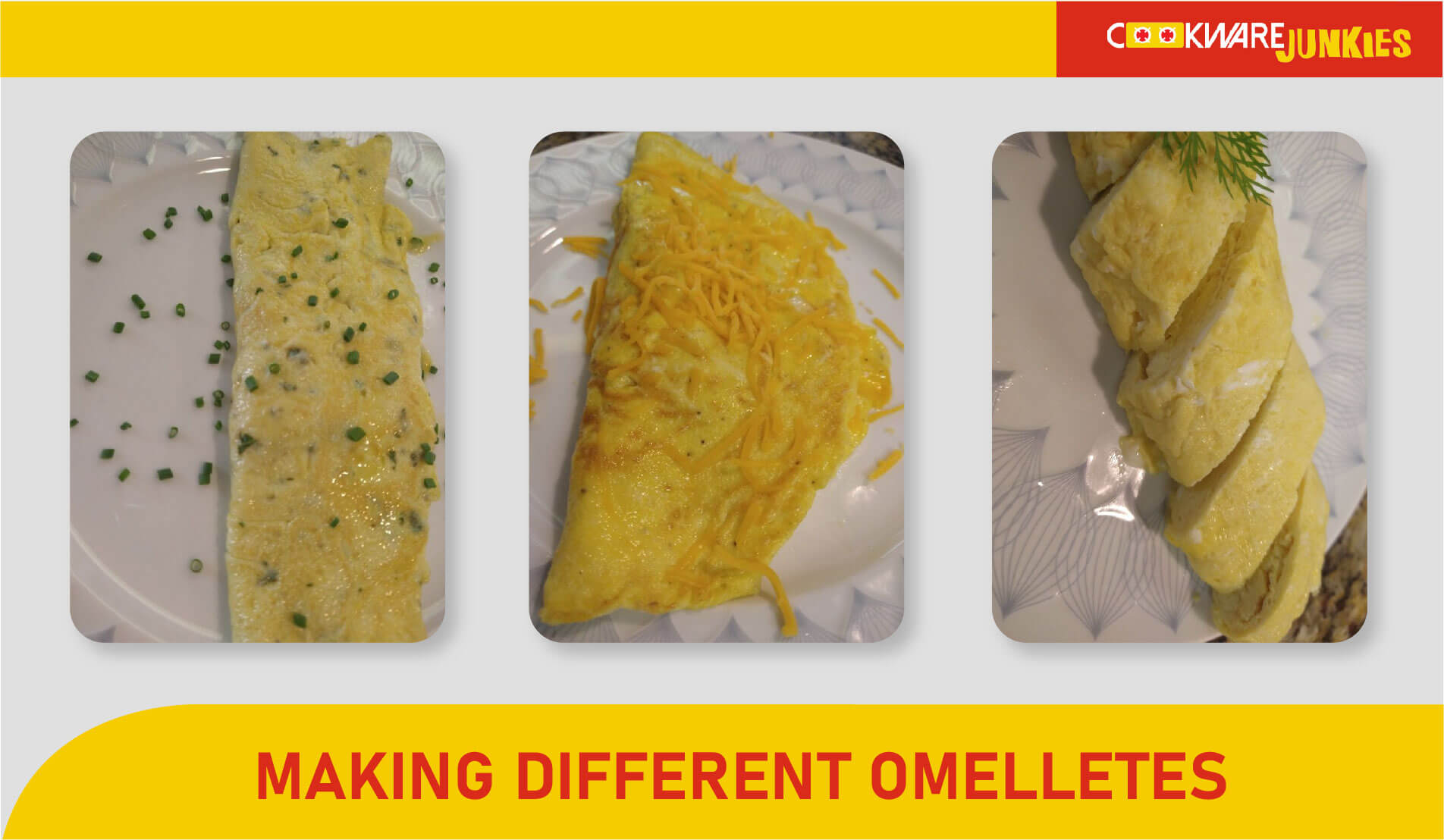 The name omelet hit the west somewhere around 500 years ago in France. The dish however has likely been around as long as humans have been scavenging eggs, and had a round shaped area to heat and cook them in. That being said, the French did formalize the omelet in the west.

Many Asian cultures have been making them as well, possibly the most well-known being the tamagoyaki out of Japan. This is not to diminish khai chiao from Thailand or the very cool tornado omelets from Korea. These countries, along with almost every country throughout the world, have their style of cooked beaten egg dish.

We will look at French Omelets, American Omelets and Tamagoyaki. All omelet making is called both a marathon and a sprint. The marathon aspect of it comes from being patient enough, and keeping the heat low enough, to cook the egg ‘mostly’ done from the bottom heat surface. The sprint aspect involves some motion in the beginning, and then quickly getting the whole item off the heat to stop the cooking process.

We’re going to focus exclusively on egg dishes cooked in a skillet or similar pan. Our look at omelets will include those taken start to finish with the heat underneath. As tempting as it may be, we will not venture into the arena of eggs whites beaten stiff and folded back into the yolks then baking, or even adding flour, switching the dish to German pancakes, or such.

Basics of a Omelet Making

The most notable aspects of commonality with western omelets and tamagoyaki are one side only on the cooking surface, and a lack of air incorporated into the beaten eggs. The other common component that is especially important in making omelets is minimal color other than the egg itself. Specifically, watch the heat! Browning the egg should only happen in the American version of omelets, and then minimally.

The target temperature for a perfect omelet is 250-275 degrees. Classically a western omelet is cooked in butter so the temperature is extremely important since butter begins to brown up at 300 degrees. Tamagoyaki is typically cooked in light oil, canola for example, which will have more heat tolerance. However this dish is also traditionally prepared with minimal browning to the eggs, although there are some who do go for a browner look. 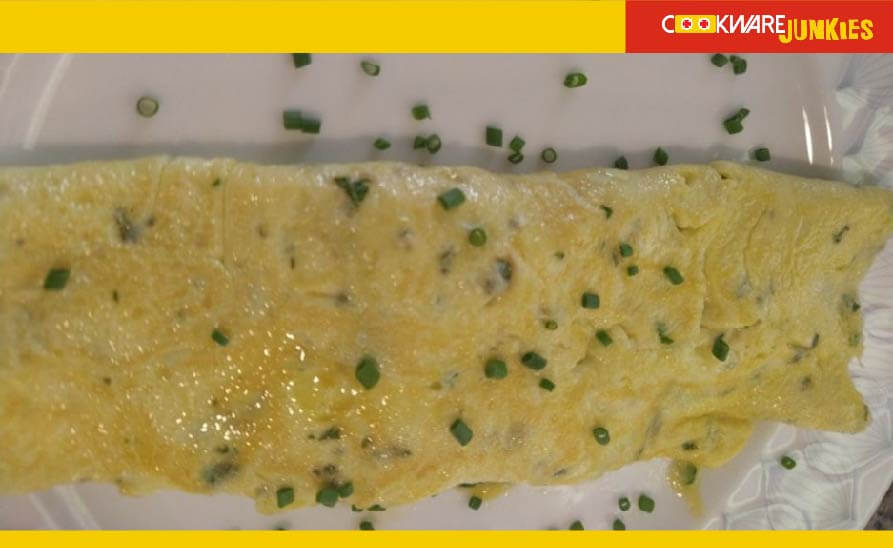 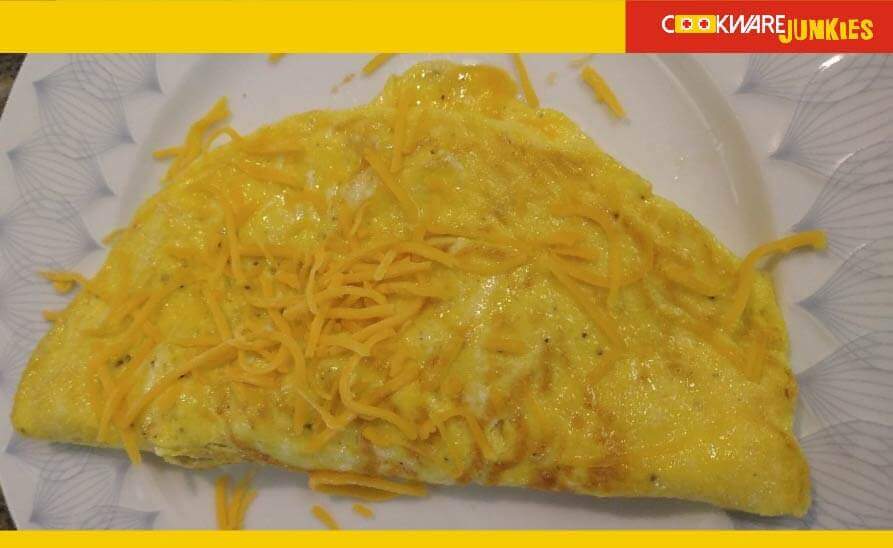 In general we like to stuff our omelets a little fuller, usually make them a little bigger, perhaps even the 12 egg omelet seemingly advertised in every city around! The two biggest differentiations from a French omelet will be more color from the skillet and folded in half for a half moon shape, as opposed to folding in thirds for a narrow oval shape.It is rare that you will see American omelets with anything other than salt and pepper mixed into the eggs themselves before cooking, even though it is common in both the French and tamagoyaki styles. How we fill them and the resulting shape are also real differentiators.
Print Recipe Pin Recipe
Cook Time 15 mins
Course Main Course
Cuisine American
Calories 200 kcal 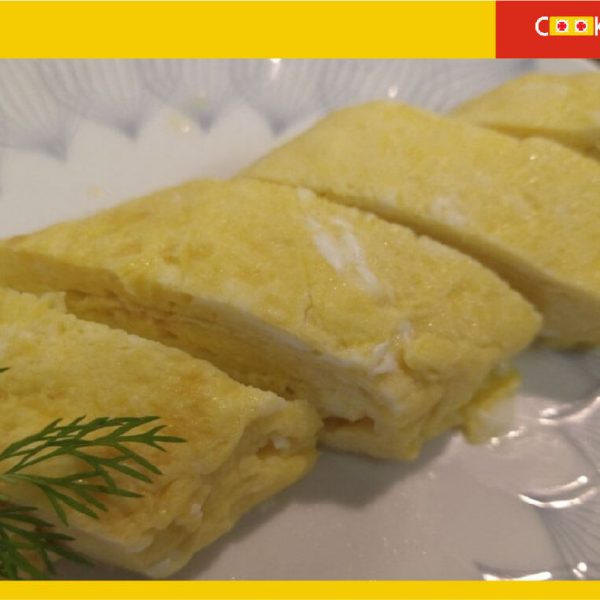 There are varying anecdotal stories about the origination of tamagoyaki (literally grilled eggs; tamago – egg, yaki – grill). The actual dish didn’t start showing up in cookbooks until the mid-1800s, along with references to the specific rectangular pan that is used to create this dish.Since it is often served in sushi houses, as a hot or cold item, there is speculation that it was originated by them for a particular reason. With fish being sometimes seasonal, and sometimes impossible to even acquire, this was a dish that could always be available. Since WWII eggs have become more abundant and cheap globally, and in Japan, so this dish has become much more of a dietary staple.
Print Recipe Pin Recipe
Cook Time 20 mins
Course Main Course
Cuisine Japanese
Calories 250 kcal

The pan is perhaps the most identifying aspect of preparing tamagoyaki (although they can be cooked in a round skillet as we did, if you pour the eggs to help give you decent shaping). The rectangular shape is useful because it defines the final shape of the dish, the unique rolled tubular loaf like shape. Watch as we attempt making tamagoyaki in our omelet pan testing.
Keyword Tamagoyaki

Venerated chef Alton Brown suggests soaking the eggs in hot tap water for 5 minutes. This gets them closer to the cooking temperature for a quick cooking speed with less coloration. At a minimum get them out of the fridge well ahead of cooking. When mixing the egg remember the goal is not to incorporate air into the eggs, the difference between whisking to mix, which we want, and whipping to make fluffy which is not the goal.

To help with yielding a better textured omelete salt the eggs about 15 minutes before cooking.

Adding salt to the eggs well before cooking can prevent the proteins from bonding too tightly by reducing their attraction to one another, resulting in a tenderer curd and lower likelihood of unattractive weeping.” –Serious Eats

From a simple cheese filling, to the Denver omelet with onion peppers ham and cheese, and everything in between, your imagination is the only limit to the choices. Your will get better results by pre-cooking the majority of the fillings you want to use, in particular hard veggies like onions and peppers, fennel and such. Soft vegies like spinach will get enough carryover heat that they can be added raw.

With meats it is better to have them warmed up when you fill the omelet. Feel free to use all your standard breakfast meats – bacon, ham, sausage – or spicy ground beef, savory chicken, salami or pancetta. Complimenting these with the right cheese makes a tasty meal. Swiss with ham, jack with some taco beef, cheddar with bacon, asiago with salami, and the list is endless.

Lastly, preheat whatever pan you are using, long enough to eliminate any hotspots. The expansion of a hot skillet will close down the pores in the metal to further diminish any egg sticking to the pan. You get even heating, less sticking and a much better process to achieve your best omelet.