If you’ve never heard of Patty pan before, you’re not alone. This nifty little summer squash is a variant of the Cucurbita pepo, otherwise known as white squash. Yet, oddly enough this squash isn’t limited to just white variants as there are also yellow, orange, and green variants floating around the globe. This guide will tell you what this squash is and how it might change your mind when it comes to eating something different.

Where does Patty Pan come from? 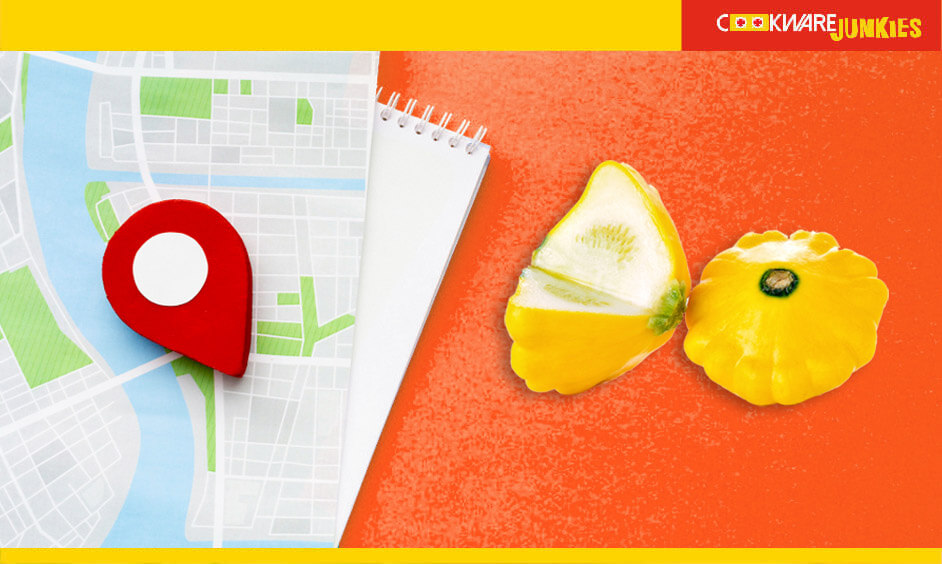 Most American historians can pinpoint the story of Patty pan very easily through colonial times. Thomas Jefferson and George Washington, known to be avid squash growers, grew patty pan in their gardens. It was imported to Europe and is commonly known in many European countries as Patisson. In fact, the French word is written similarly to patisson it’s a delicious culinary treat that can be cooked several ways.

It’s native to South America but thanks to French colonists around 1700, this squash was taken back to France where it received wide distribution all over Europe. It has been reported so far east that Ukrainian farmers like to use Patty Pan in a pickled recipe. It’s a favorite in Polish cooking and it’s more common than the potato in Hungary! It was grown by natives in South America who brought seeds north through trading and immigration.

It’s been reported in colonial times that American Indians commonly grew it and it’s a proud part of American history. Yet it’s one of the few odd-ball squashes that ultimately got squashed for notoriety over the next 300 years, while it gained a faithful fan base all across Europe. So how is this strange summer squash getting recent rave reviews and what can you expect it to taste like? 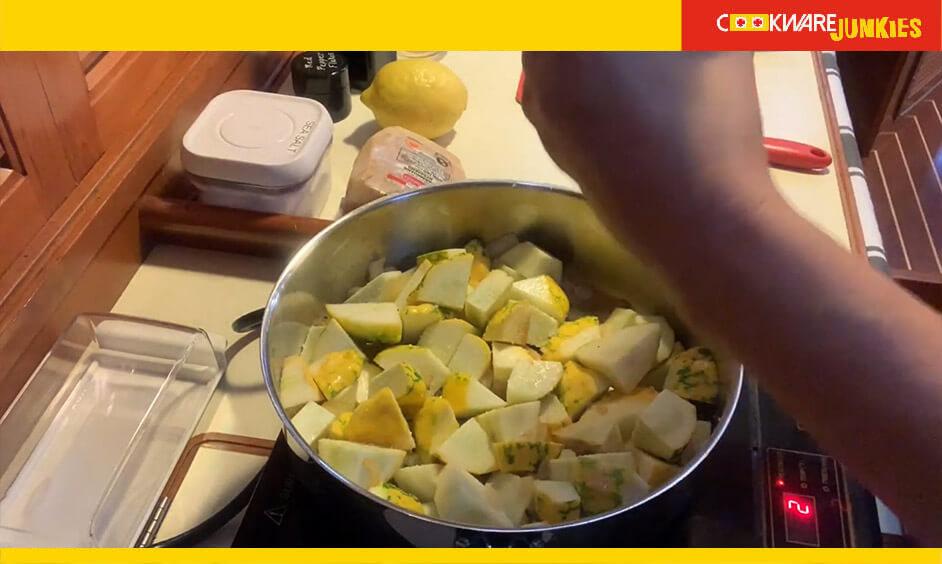 Many websites will tell you that Patty pan has a flavor similar to zucchini rather than most squash you’ve tried before. The truth is that Patty pan is a sweeter version that tends to take on whatever flavor you’re adding to it. Since it’s a drier variety of squash compared to zucchini, it will absorb flavors, spices, and oils when it’s cooked. A favorite for kids is obviously going to be fried. 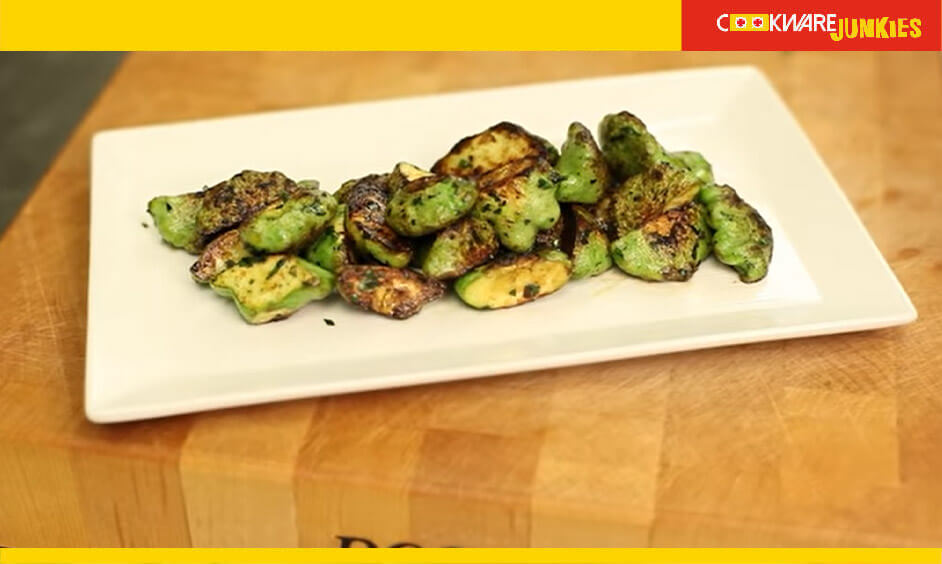 You can take the larger Patty pan and slice it into thin slices about inch thick. Then the outer skin can be sliced off using a paring knife. These can then be sliced further into strips or animal or dino shapes. Larger Patty pan squash will have seeds that you can remove with a butter knife if the skin is harder to cut and isn’t edible anymore like the younger varieties. Then you dust them with flour and dip them in egg.

The last step is then dropping these pieces into breadcrumbs so they can be fried. After they get fried, the texture is very soft and is similar to fish fingers both in taste and crunchy outside. The combination flavor of egg and salt and pepper you put into egg gives a fried experience that most kids will be sure they’re eating fish fingers. Who knew that squash would be so satisfying and contain loads of magnesium, niacin, and Vitamin A & C. 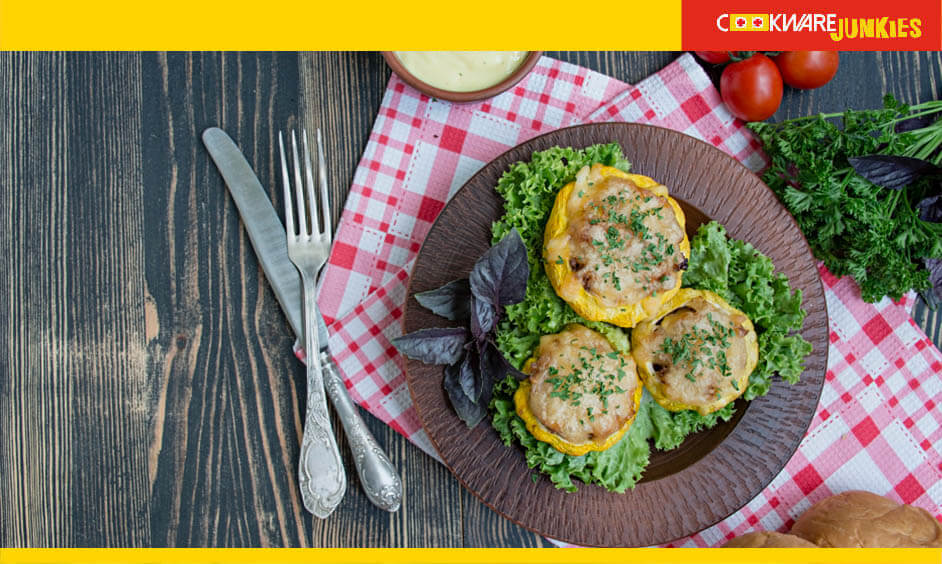 Smaller versions of Patty pan that are around the size of a small lemon are great for kids and adults. You simply slice off the top where the stem was growing and use a melon baller to scoop out the center of your patty pan. These scooped bits are put into a bowl where you can take out any seeds you don’t want to eat. After this, these are added into a food processor to chop them up into small bits.

Now you add ricotta cheese, mozzarella cheese, seasoning and garlic powder, and egg and breadcrumbs so it makes a paste. This is added into the empty center of each Patty pan and has parmesan sprinkled on top. These go into an oven for 30 to 35 minutes until the parmesan cheese starts to brown. When they’re done these make great poppers for Superbowl Sunday or even party snacks that will get rave reviews from your friends. 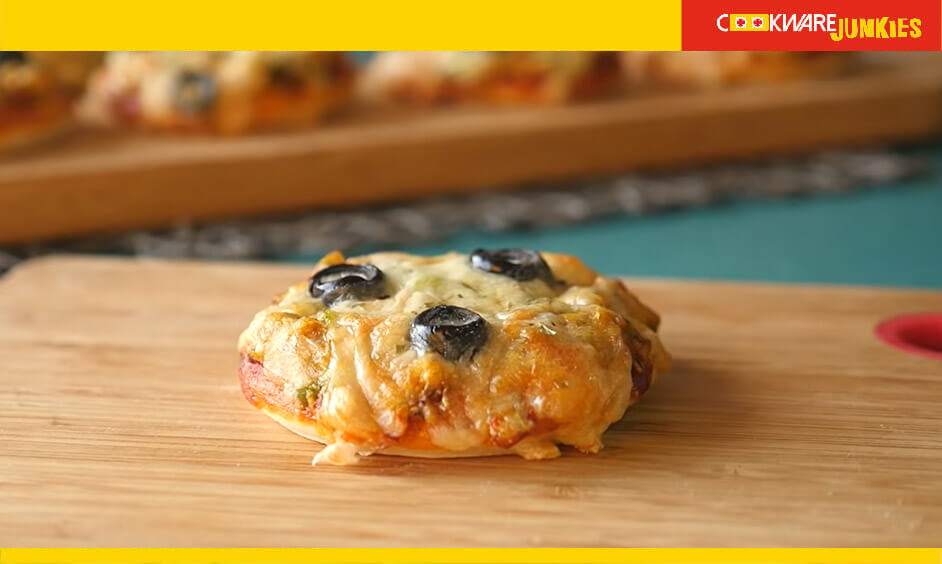 If you’re into grilling or have a home grill handy, you have to try this at least once. Patty pan can also be grilled using a kitchen grill or outdoor grill as your setup. You’re essentially cutting slices from your Patty pan into thin pizza-shaped pieces. You cover both sides with olive oil and roast them until you get sear marks on each side. Once that’s done, you’re ready to add your pizza sauce and toppings.

Add any kind of toppings and cheese you like and then let them cook for 4 minutes until the cheese is golden brown. The secret is to roast the slices until you’ve cooked your Patty pan using olive oil and high heat on the grill. You and your family will be surprised how great grilled Patty pan tastes and totally replaces the carbs in pizza dough with added nutrients instead. The grill also ensures that your Patty pan will be crispy and not soggy.

Where to find Patty pan? 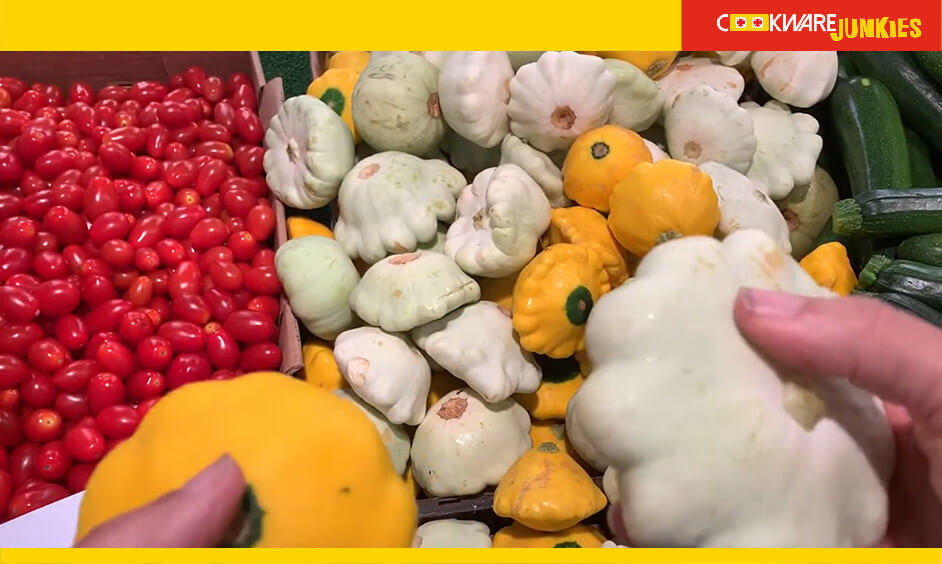 While this item is getting to be more common at the Farmer’s Market, you can easily find Patty Pan seeds online and grow them at home. But to find these fresh, they aren’t going to be too hard to find. Here’s a great resource that shows you which Farmers markets are selling Patty Pan. While it’s going to take a while before you start to see this item in mainstream market chains, Patty Pan is making a comeback that’s gaining more attention.

Besides being healthy and can be cooked in many different ways, these three suggestions are a great sample of fun ways to prepare this dish that are real ice-breakers. We suggest you give Patty pan a try and add these dished to your kid’s menu to get them to eat healthier. The best part is they’ll never know that squash tasted this good!

Choosing the best set of knives for your kitchen can be a tricky problem. You can save time and money by simply purchasing a premade knife set. The potential downside to this is that … END_OF_DOCUMENT_TOKEN_TO_BE_REPLACED

TEST KITCHEN - Over 100 Cups and Spoons Tested - Here's the Results. Setting out to find the best measuring spoons and measuring cups wasn't an easy task. It was the battle of … END_OF_DOCUMENT_TOKEN_TO_BE_REPLACED 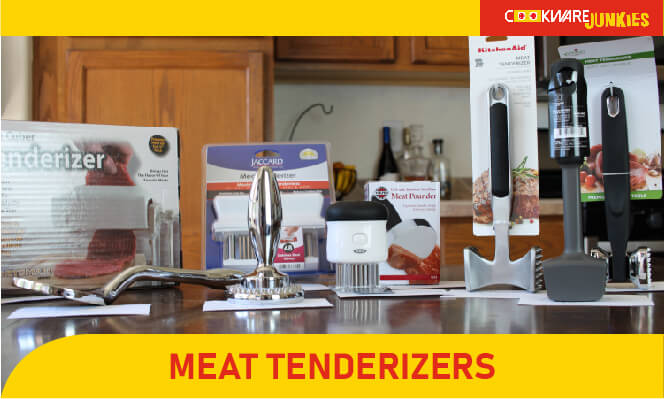 Confession time: I didn’t own a meat tenderizer before this test kitchen. Whenever I wanted to make something that needed cutlets pounded out, I’d use the bottom of my eight inch … END_OF_DOCUMENT_TOKEN_TO_BE_REPLACED

A nice cup of tea is very fine thing. The process is part of the experience, too. It’s a chance to slow down and let the small movements of tea-making take over your brain. All the … END_OF_DOCUMENT_TOKEN_TO_BE_REPLACED